ANYONE SERIOUS ABOUT HOCKEY SHOULD BE PLAYING LACROSSE

From Gretzky to Tavares, Shanahan to Stamkos, Canadian-born NHLers recommend playing lacrosse in the spring/summer to improve hockey skills.

Both hockey and lacrosse are high tempo, physical team sports that have similar elements to the game. Both sports utilize 5 players and a goalie, three periods and strategy of developing odd-man situations to create scoring opportunities. Hockey players excel in Lacrosse. And, in turn, they become markedly better hockey players.

Comparatively, lacrosse is a much less expensive sport than hockey and uses much of the same protective upper body equipment. 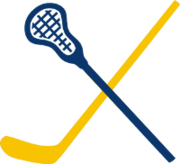